Former President Donald Trump made a rare show of goodwill to longtime rival President Biden — insisting he is rooting for him to “succeed incredibly” for the good of the country. For the full article, click here.

Russian President Vladimir Putin is facing calls to resign from deputies from 18 Russian municipalities over his handling of the war in Ukraine. For the full article, click here.

Putin draws jeers for tribute to Queen in letter to King Charles, will skip funeral

Russian President Vladimir Putin joined a chorus of world leaders who have been paying tribute to Queen Elizabeth II, calling her death an “irreparable loss.” For the full article, click here.

The Biden administration pledged an additional nearly $3 billion in military aid to Ukraine on Wednesday, as the country marked six months at war with Russia and held subdued Independence Day celebrations that were punctuated by the sound of air raids in the capital,...

Russia says ‘no agreements’ yet on swap for Brittney Griner, Paul Whelan

Russia said Thursday that no deal has been reached on any prisoner exchange with the US a day after reports emerged that Washington had proposed sending back notorious arms dealer Viktor Bout to secure the release of WNBA star Brittney Griner and former Marine Paul...

Russia to withdraw from International Space Station in 2024, build new base

Russia will leave the International Space Station at the end of 2024 and start construction on its own orbital base, officials announced Tuesday. For the full article, click here. 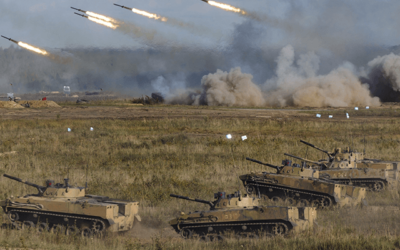 White House: Russia Could Launch Attack on Ukraine ‘at Any Point’

The White House raised more concerns about the future of Ukraine on Tuesday, as Russians amass troops at the border. For the full article, click here.