Chicago’s progressive mayor insists she welcomes being the latest Democratic destination for busloads of border-crossers, as she accused Texas Gov. Greg Abbott of being “racist” and the Trump administration of “human cruelty.” For the full article, click...

Mayor Eric Adams and his DC counterpart Muriel Bowser should wake the Biden administration up from its “willful ignorance” regarding the border crisis, Texas Gov. Greg Abbott said Thursday For the full article, click here.

NYC Mayor Eric Adams on Illegal Immigrants Arriving in the City: ‘This Is Horrific’

First bus of migrants sent by Gov. Abbott in Texas arrives in NYC

Just days after Mayor Eric Adams turned down Greg Abbott’s invitation to visit the southern border, the Texas governor sent a taste of the ongoing migrant surge to NYC’s doorstep — with the first busload of border-crossers arriving in Manhattan Friday morning. For the...

Texas Gov. Greg Abbott is angrily blaming President Biden for the deaths of 50 migrants whose bodies were found abandoned in a tractor-trailer in sizzling temperatures in a suspected smuggling attempt. For the full article, click here.

Tesla and SpaceX CEO Elon Musk said he voted Republican for the first time ever on Tuesday, for GOP candidate Mayra Flores, who broke a decades-long streak of Democrat wins in a special election to represent Texas’ 34th district. Musk also teased the creation of a... 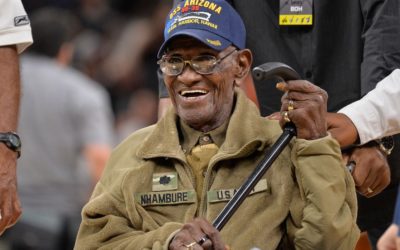 Richard Overton, who was the oldest World War II veteran when he died in 2018 at 112, is still waiting on a headstone for his grave at Texas State Cemetery in Austin, Texas. For the full article, click here.